It’s well known that top performing agents continually invest time and effort into building a database of highly-motivated customers. While prospecting and closing deals are equally important – the success of these actions greatly depends on a healthy funnel of leads.

When it comes to creating a pipeline of fresh contacts and future listings, more agents are turning to digital property sales platforms.

Openn’s free Observer feature allows prospects to register to watch an agents’ campaign unfold, while also giving an opportunity to enter what they think the property is worth.

In this article, we dive into exactly how he did it.

Many agents will leverage a unique feature of the property in their marketing – in Simon’s case, it was his listing's location that jumpstarted the lead campaign.

“Being a golf-course property, I had the idea of running a ‘Nearest to the Pin’ competition where people could register as an observer on Openn and submit a guess for what they think the property would sell for. Nearest to the price would win a bottle of Moet and a Yeti stubby cooler,” said Simon.

It was a proposition that proved remarkably popular – attracting a total of 126 Observers. 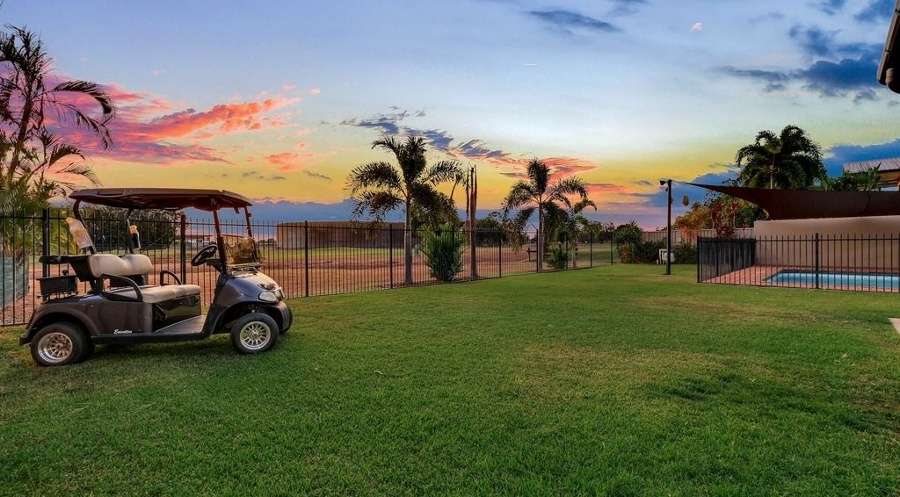 To promote the campaign, Simon ran advertising creative across multiple channels and utilised QR codes to drive traffic to his listing.

“We marketed it through Facebook, our realestate.com.au listing description and did a full-page print ad in the newspaper. Participating in the competition was a very simple process. They just clicked the link or scanned the QR code, landed on the Observer page, entered their contact details and their guess, then pressed submit,” he said.

“I also had an A3 flyer created for the open home and featured the competition on the actual signboard. Being a golf course property, people could walk past and scan the QR code to put their guess in.” 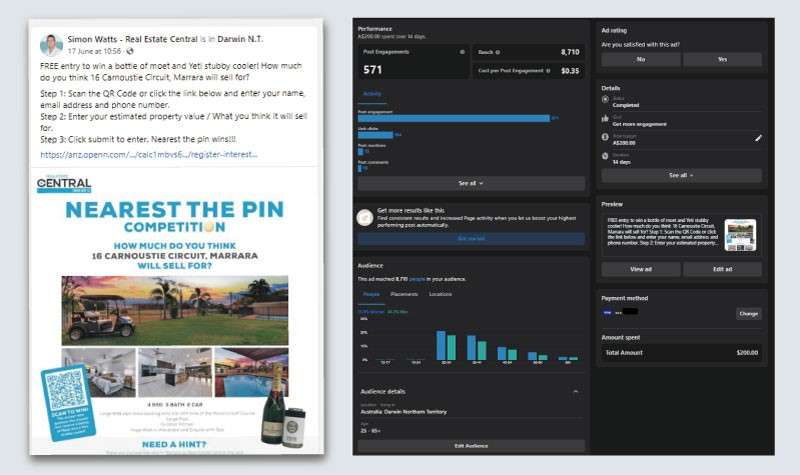 Simon also implemented a thorough follow-up process to determine if there were any genuine buyers among the competition participants.

“We sent a follow up email to every observer who submitted a guess, asking if there was any interest above the current bid. We actually had one observer who ended up becoming a qualified buyer and putting in a bid,” he said.

The performance of this campaign far outweighed the results of previous lead generation strategies, according to Simon.

“I’ve been in real estate 16 years and it’s certainly been the largest gathering of good data from one campaign,” he said.

For the 126 observers, Simon ensured he wasn’t missing any potential vendors in the mix – sending another follow up email after the sale was finalised.

“We have gotten two appraisals off the back of it,” said Simon. “There were also six people we identified that aren’t in selling mode right now, but they loved the Openn Negotiation process and are interested to know more when the time comes.”

“Certainly, there were a number of people who got involved just for a bit of fun. So we might not use their information for 20 years, but it’s there and we can utilise it at some point which is still a win.”

In addition to expanding his database, the observer competition also generated significant awareness of the listing, culminating in five buyers participating and a sale price of $950,000 after 21 days on the market.

Want to learn more? Book a demo with our team to see how using Openn increases your listing opportunities.  You can also download a copy of Simon’s full print advertisement below: