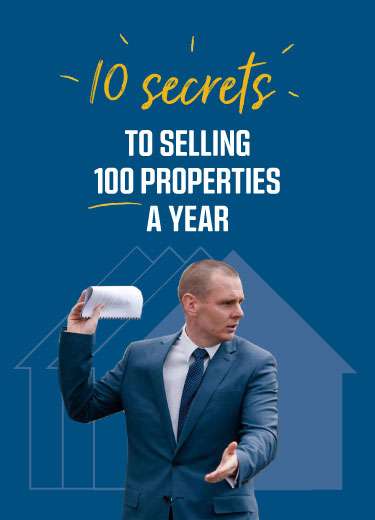 Learn Will Ainsworth's tips for success

As part of Glenn Twiddle's Million Dollar Agent Summit, Will Ainsworth revealed his 10 personal tips that helped him sell over 100 properties a year.

1. Starting the year with 50-100 appraisals
2. Think like a pit crew
3. Win the morning, win the day
4. Design a game you can win
5. Leverage vendor communications tools
6. Nail your price dialogue when listing
7. Delight your past clients
8. Condense your open homes
9. Build your tribe
10. Find your unique point of difference

View the highlights reel for a sneak peek...or download the full presentation below!

First, enter some quick details below

Get the 10 secrets delivered to your inbox

We've pulled together Will's tips into a handy PDF for you to download, PLUS we'll also send you a copy of the full video presentation.

About Me: Will Ainsworth

Will Ainsworth has never been afraid to ‘zig’ when others ‘zag’. Back in the early 2000s, he was an auction trailblazer in Geelong, Victoria.
In July 2019, he was the first agent in his area to pioneer a new online selling method, Openn, which completely transformed his business. Within 2 months he had doubled his average number of bidders and halved his days on market.
After a year of extraordinary results, Will decided to leave behind his flourishing career as an agent and Principal to take on a challenge at Openn as Head of Growth & Training AUS/NZ.
Embracing innovation and technology has always paid dividends for Will - he was the top selling agent for the McGrath network in Victoria for the last three years, maintaining an impressive record of over 90 per cent clearance rate and selling more than 100 properties a year.
In his new role at Openn, Will readily gives away his personal secrets of success to help other agents grow.

Want to learn more about Openn?